My recent Guest in Jest post for Linda reminded me that in a cupboard in my office I have a rather attractive box containing Magic Lantern slides which I found whilst clearing out old photographic gear at work prior to our relocation 15 years ago. I decided to dig it out and investigate. 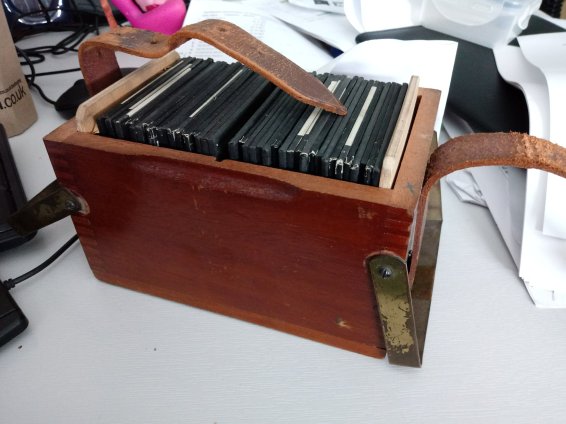 The only labelled slide indicates that it is either the original or, more likely, a professional reproduction of a figure from this paper published in the Journal of Ecology in 1939. 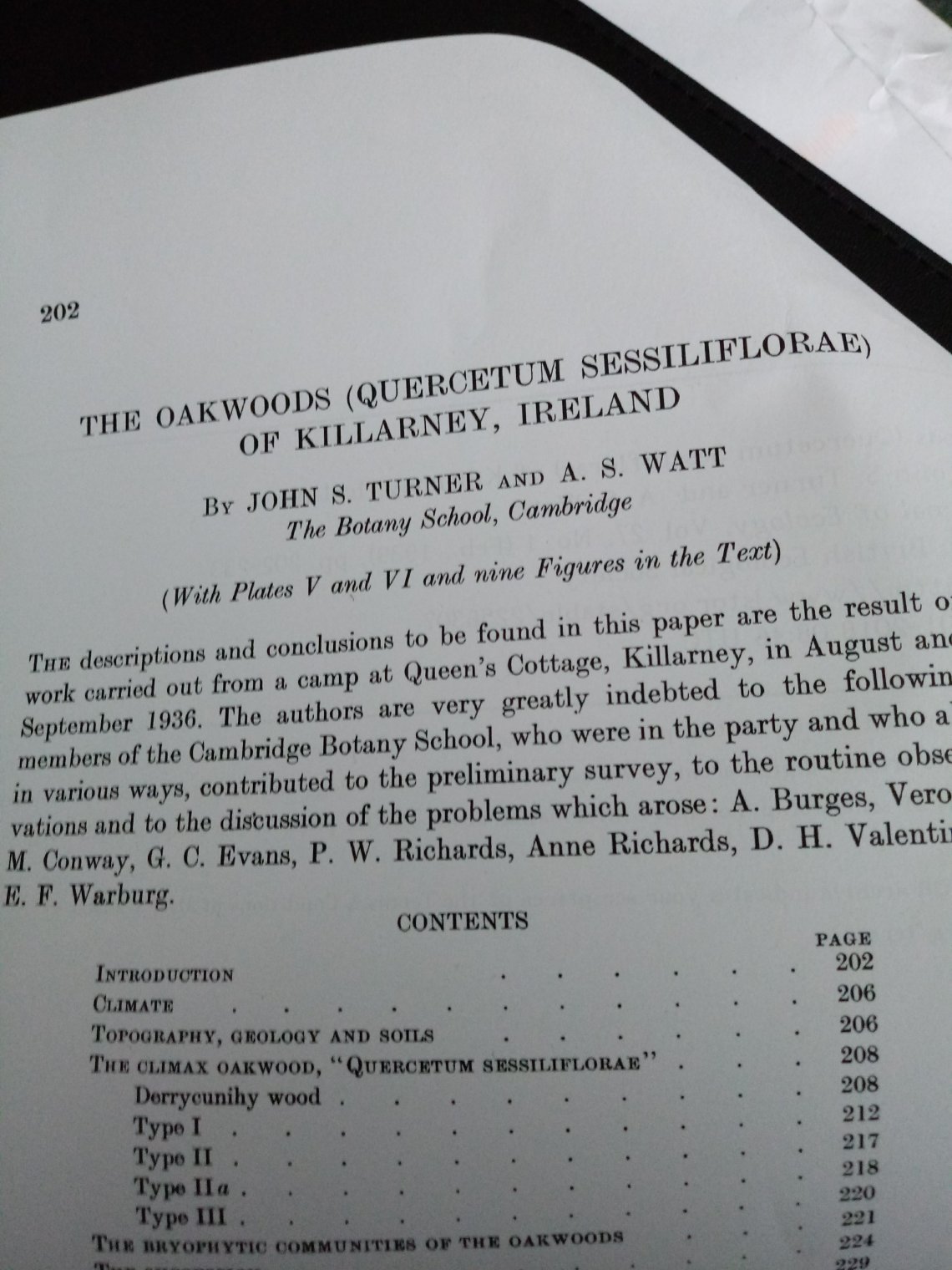 This makes sense given the box was found in the cellar of an ecological research establishment. The establishment was founded in the late 1950s so I am guessing the slides belonged to one of the first senior staff.

The photo itself was taken by one R J Lythgoe. R J Lythgoe was the son-in-law of Sir Arthur Tansley who was the founder and first editor of the above journal. Lythgoe also took photographs for Tansley’s own work. One of the authors of the above paper had been a student of Tansley’s.

Tansley, incidentally, was the first chairman of the British Nature Conservancy. This was the fore-runner of my current employer. Another link is his founding (in 1902) of the journal New Phytologist in which I co-authored one of my first scientific papers in 1999.

Interestingly the only references I can find to a Dr R J Lythgoe around this time are papers and books on visual perception. I do not know if this is the same R J Lythgoe but an interest in photography would seem to fit.

Many of the rest of the slides in the box are amateur pictures of forests and trees but there are also a number of slides of rather evocative street scenes and a number of scenes that appear to be from Minnesota in the US. Including a number of pictures of the University campus. Looking at the cars etc I am guessing these date from the 1940s. My reproduction (using my camera phone and a lightbox) is not good but you can get the idea. 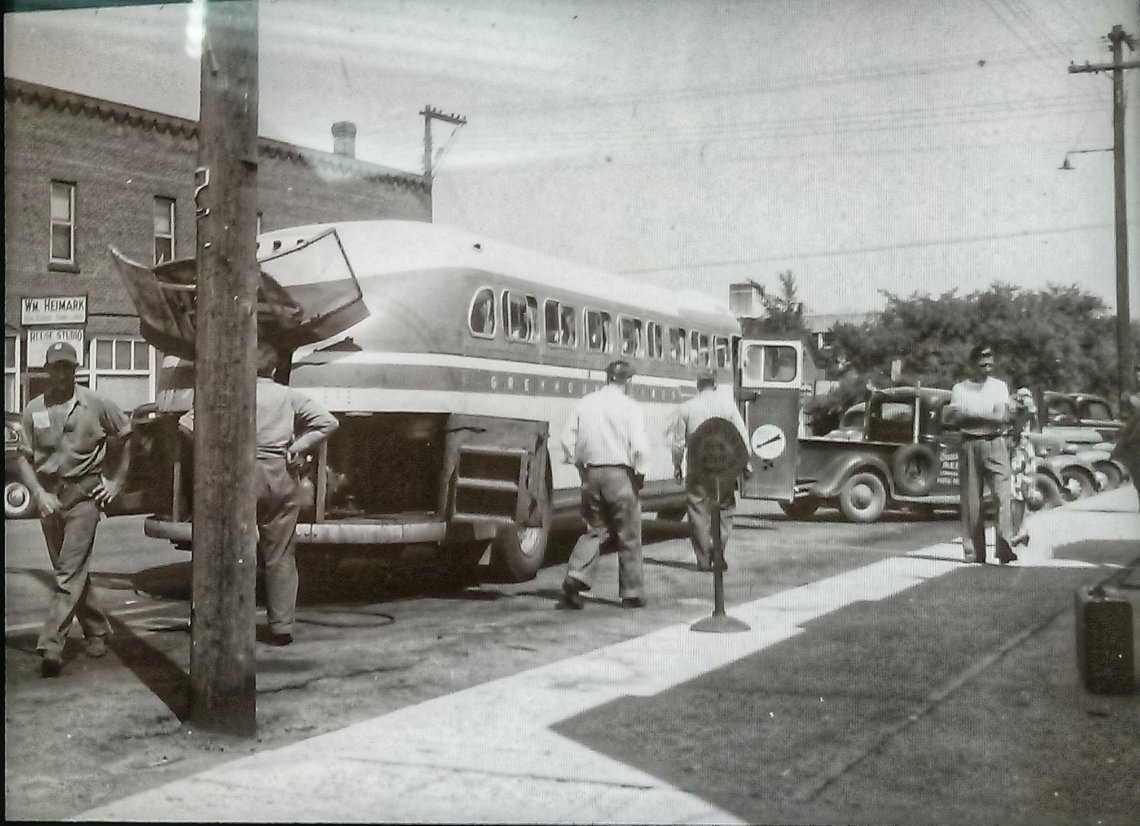 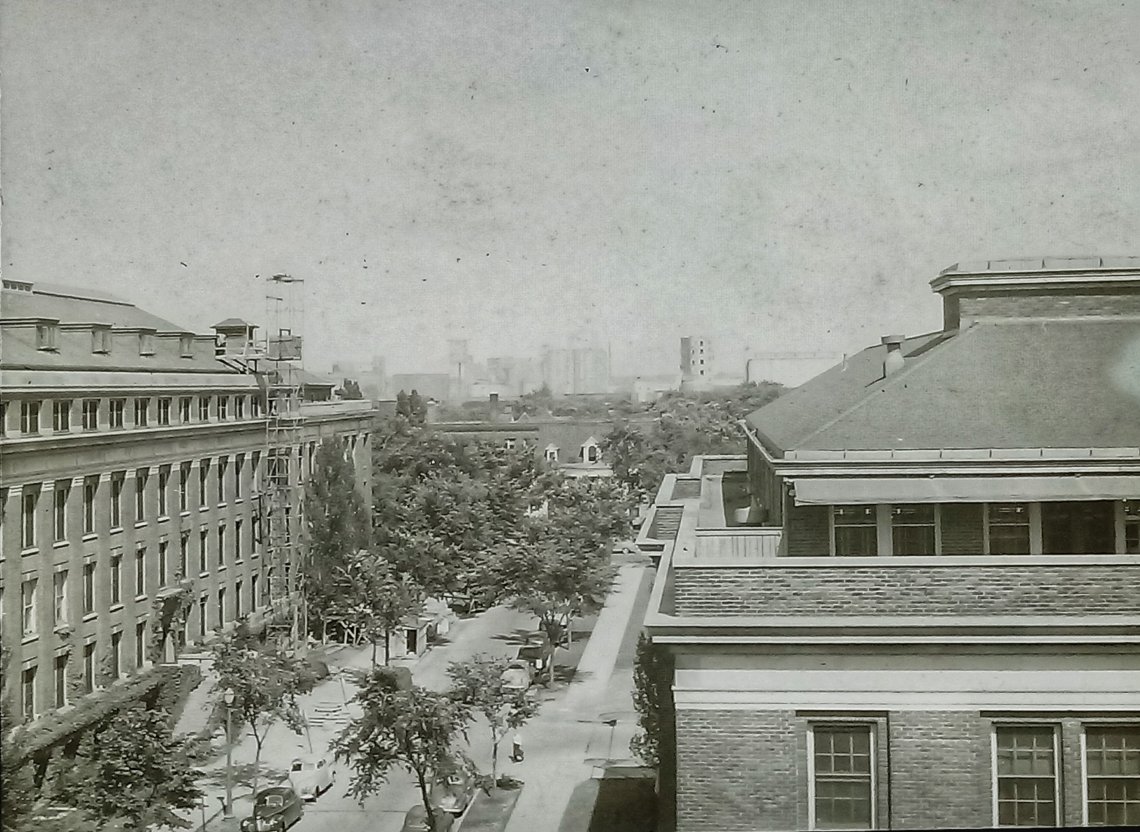 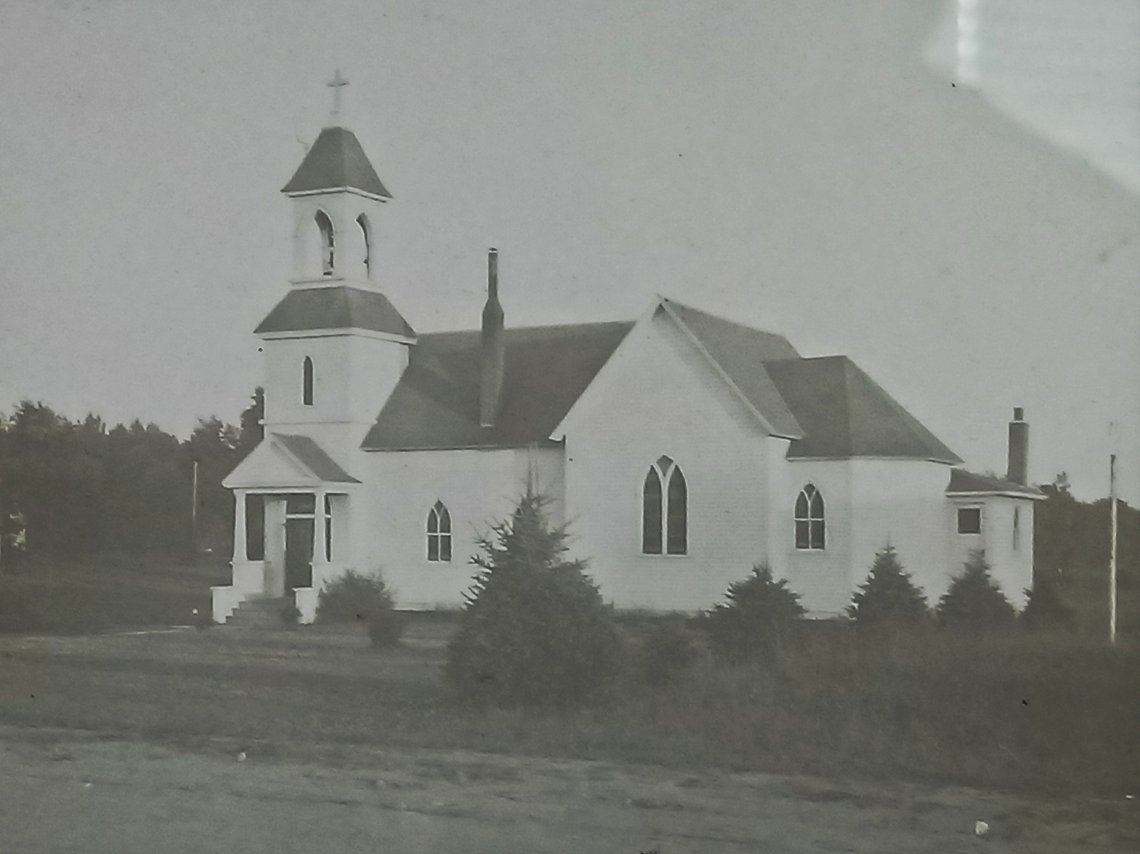 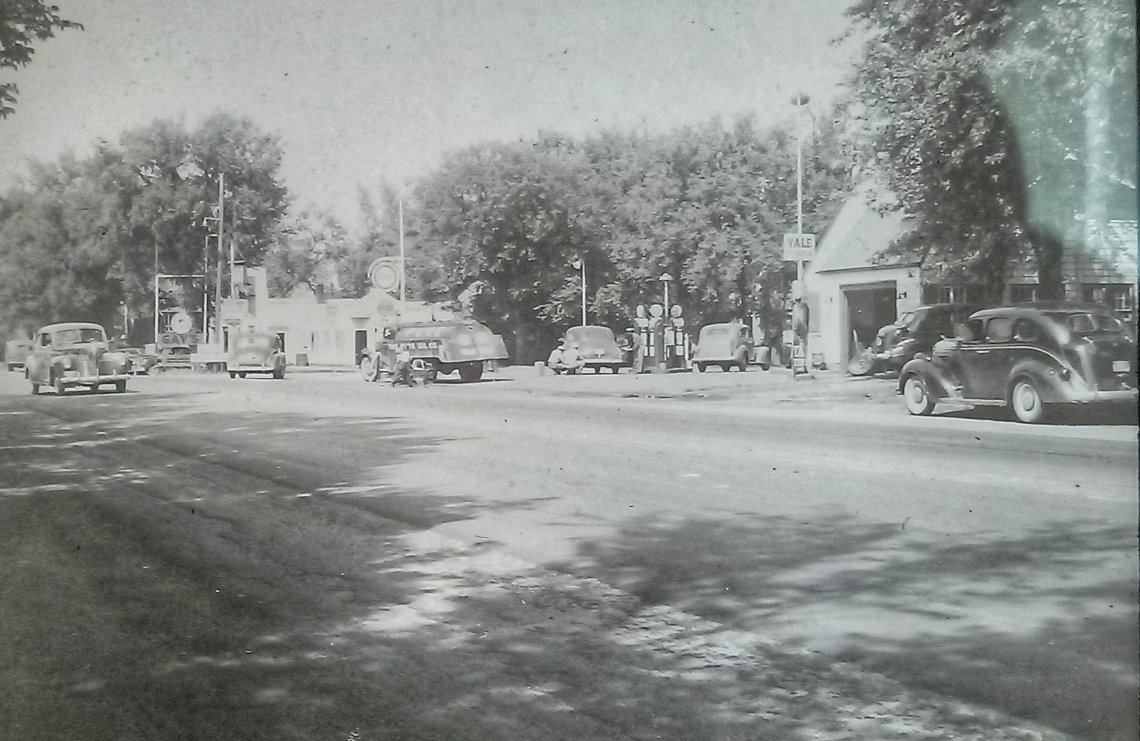 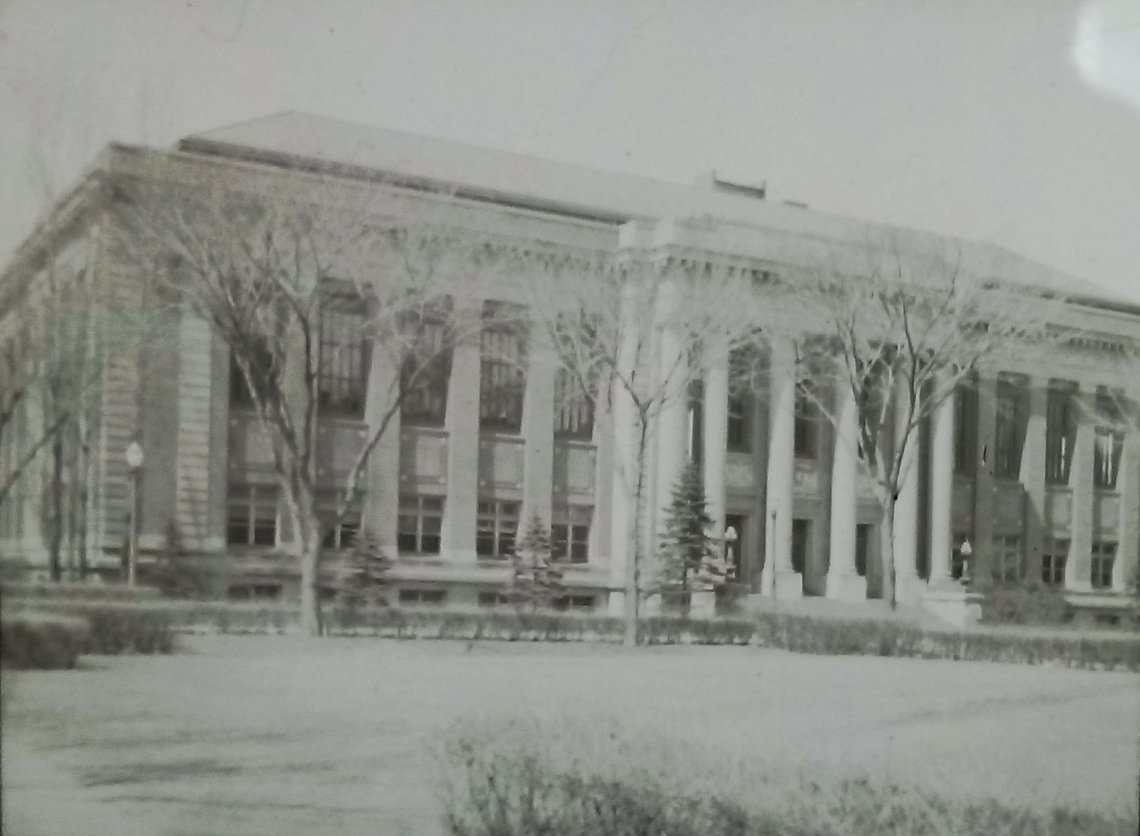 So my theory is these slides were left behind after the retirement of an ecologist who had been on a conference or field trip to the University of Minnesota in the 1940s. Later in their career (1950s/1960s) they then ended up working for the institution I work for now.

There is a connection between the University of Minnesota and Tansley at around this time. Tansley was the first to coin the term ‘ecosystem’, a concept that was taken up by the quantitative ecology team in Minnesota and resulted in the seminal work by Raymond Lindeman which formed his PhD thesis at the university in 1942 (and which was eventually published posthumously as he died in his 20s from Hepatitis).

I am no nearer to identifying the original owner of these slides but the detective work so far has been interesting.